The information about the Keynote Speakers of ICBLS2018 are as follows, which will be updated regularly. 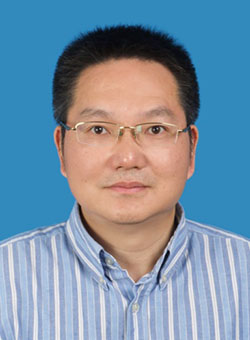 Biography: Dr. Shaojun Ding is a professor of College of Chemistry Engineering, Nanjing Forestry University (NFU). He graduated from NFU in 1986, completed his Ph.D in microbiology at The Chinese University of Hong Kong (CUHK) in 2001, and then started his postdoctoral fellowship at CUHK in 2002. Since 2003, he returned back NFU. Dr. Ding is the principal investigator over 15 projects including 5 grants from Natural Science Foundation of China. His current research focuses on the biodegradation and bioconversion of biomass into high value-added products.

Abstract: Phenolic acids, mainly p-coumaric and ferulic acids, are abundant naturally occurring aromatic constituents in agricultural by-products,such as in pith of sorghum and maize bran. Phenolic acids have been widely used in health and pharmaceutical industries. Phenolic acids are also used as precursors in the production of value-added aromatic chemical products. Extensive studies were conducted in our lab to achieve an efficient release of monosaccharides and phenolic acids with the aim to pursue full component valorization of agro-food industrial byproducts.
Two separate temperature and time ranges were respectively conducted for optimizing release of p-coumaric acid and enzymatic saccharification of sorghum pith by NaOH pretreatment using response surface methodology. Two desirable pretreatment conditions were selected as follows: 37 °C, 2% NaOH and 12 h, and 100 °C, 1.75% NaOH and 37 min in the low and high temperature ranges, respectively. Under these conditions, the enzymatic glucose yields were 85.6% and 90.4% respectively, whereas p-coumaric acid yields were 95.1% and 98.1% respectively. The final recovery of esterified p-coumaric acid reached 82.8% and 87.4% respectively after further separation with HP-20 resin. These results indicate that sorghum pith could be an attractive source for natural p-coumaric acid and efficient release of p-coumaric acid and enzymatic saccharification of sorghum pith can be achieved by mild NaOH pretreatment.
The combination of hydrothermal pretreatment (autohydrolysis) and enzymatic hydrolysis was comprehensively evaluated for the efficient release of monosaccharides and ferulic acid from corn bran. Arabinan was depolymerized and solubilized more easily during autohydrolysis compared to xylan, esterified ferulic acid, and the acetyl group. Also, the enzymatic xylose yield showed strong linear correlation with arabinan, ferulic acid, and acetic acid content in autohydrolysis residues. The enzyme blend from Aspergillus oryzae and Eupenicilliumparvum showed a significant synergistic effect. Desirable combined hydrolysis yields of glucose (72.26%), xylose (75.87%), arabinose (76.95%), and ferulic acid (74.13%) were obtained after autohydrolysis at 165 °C for 40 min and subsequent hydrolysis by an equal mixture blend produced by A. oryzae and E. parvum. 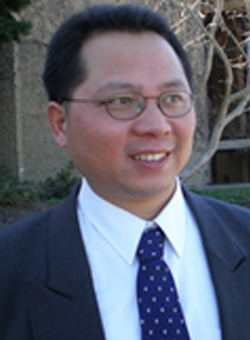 Biography: Dr. Wensheng Qin received his BSc and MSc in Agriculture and Biotechnology from Zhejiang University in China. He earned his Ph.D in Molecular Biology and Biotechnology in 2005 from Queen's University in Canada. He further received postdoctoral training at Stanford University in USA in Biochemistry and Biotechnology. During his studies, he was awarded multiple fellowships and scholarships such as NSERC Fellowship and Ontario Graduate Scholarship. Apart from the aforementioned studies, he worked in several other institutions including University of Toronto and University of Waterloo in Canada, Kansas State University and Yale University in USA, National Polytechnic Institute of Mexico. Qin has published 112 peer-reviewed papers and 9 book chapters. He has extensive research experience and holds expertise in the fields of Biorefining, Biofuels, Microbial Engineering, Molecular Biology and Biochemistry. Currently, Qin is a professor at Lakehead University in Canada and leading an active research group consisting of Ph.D and Master’s students, technical and postdoctoral research associates. For more information, please click http://flash.lakeheadu.ca/~wqin/. 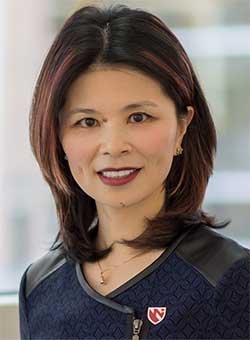 Biography: Dr. Wanfen Xiong is an associate professor at the University of Nebraska Medical Center. She received her Ph.D. in biochemistry and molecular biology. Since she completed her postdoctoral training at Stanford University in 1999, she has worked to understand the etiology and mechanisms of aortic aneurysms. Through the study of a murine Marfan syndrome (MFS) model, she has shown that smooth muscle cells (SMCs) switched prematurely to a more mature contractile phenotype at postnatal day 7 in MFS mice. Her research interests are to determine the molecular mechanisms of abnormal SMC phenotypic switching and its role in aneurysm formation in MFS.

Abstract: Thoracic aortic aneurysms are life-threatening complications of Marfan syndrome (MFS). Here we investigated whether an altered aortic SMC phenotype plays a role in aneurysm formation in MFS. We describe previously unrecognized concordant findings in the aortas of a murine model of MFS, mgR, during early development. We demonstrated that at postnatal day (PD) 7, there is elastic fiber fragmentation/disorganization and increased levels of MMP-2 and MMP-9. Compared to wild type littermates, aortic SMCs in mgR mice express higher levels of contractile proteins suggesting a switch to a more mature contractile phenotype. In addition, tropoelastin levels and SMC proliferation are decreased in mgR mice. Krüppel-like factor 4 (KLF4), a regulator of SMC phenotype, is decreased in aortic tissue of mgR mice. This study indicates that an early phenotypic switch appears to be associated with initiation of important metabolic changes in SMCs that contribute to subsequent pathology in MFS.